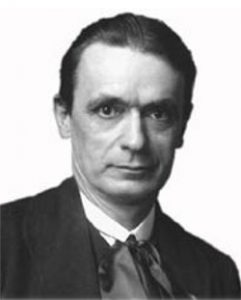 As we follow the inspirations, guidelines and recommendations of Rudolf Steiner for the first Waldorf School, we at Roseway form part of an international movement of some 1080 Waldorf Schools in 64 countries, and 1848 kindergartens in 65 countries.

The Roseway Waldorf School was founded in 1985 by a group of six families and three teachers. The school opened with just eight children – two in Class 1, three in Class 2, and three in Class 3. The school began in the February of that year after temporary premises had been obtained through a local businessman, Mr John Rumble. It was housed in a small farmhouse in Alverstone, which is now the present Babygroup and staff housing.

Mrs Janine Hurner was invited from the Cape Town Waldorf School to become the pioneer teacher, and it was her stamina and dedication that steered the school in those early, vital years.

Demand for Waldorf education grew steadily, and in the second term of 1986 our first Kindergarten class, could open its doors.

In a short time it became quite obvious that space was running out and that a “proper” school was needed. Again Mr Rumble came to our aid and donated seven acres of land adjacent to the then school, and plans could begin. A Foundation Stone laying ceremony was held in September 1988 on the new site, with festival activities by the children.

In September 1990 the school was officially opened by Elizabeth Sneddon. Just five-and-a-half years after the doors opened for the first time, and two years after the laying of the Foundation Stone.

Sadly our founder teacher, Janine Hurner, passed away in 1994. Her guidance, unending strength, courage and kindness will always be lovingly remembered. She helped to build a strong foundation for the growth of the Roseway Waldorf School. With the death of John Rumble in 1993 his role as benefactor was willingly undertaken by his daughter, Janese Silen. Her advice in all matters legal and financial had always been invaluable and of the highest standard. She offered the school first option on the original piece of land where the farmhouse stands, and when we were able to purchase this, a dream of many became a reality.

In 1999, the first high school block (our language block) was built. Four years later, well-known local resident, internationally renowned potter and parent at Roseway, Andrew Walford, opened the Arts and Science block. In 2007, we opened the Matric Centre / Block and the Drama and Eurythmy block which was dedicated by Batja Daitz in 2009 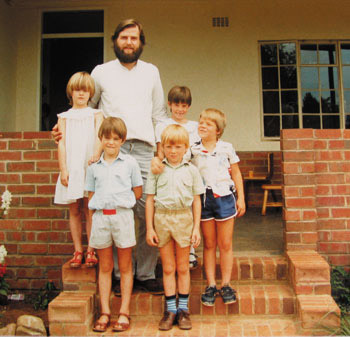 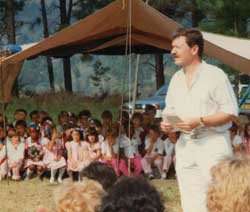